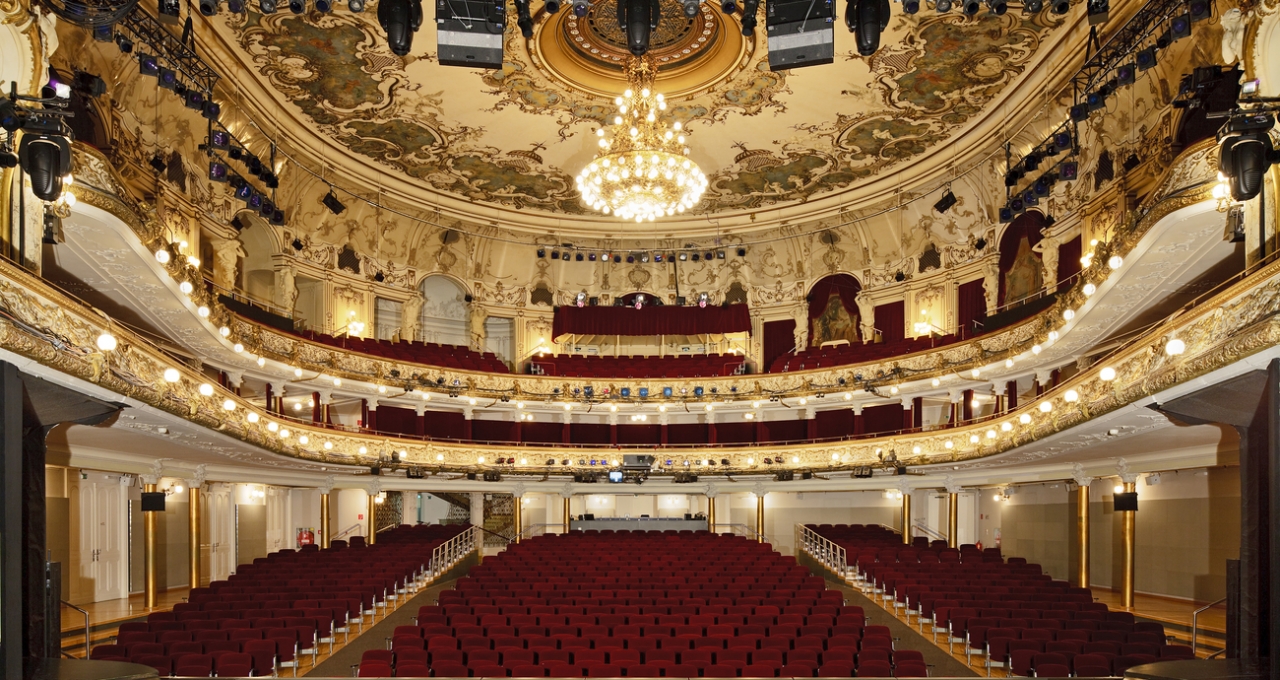 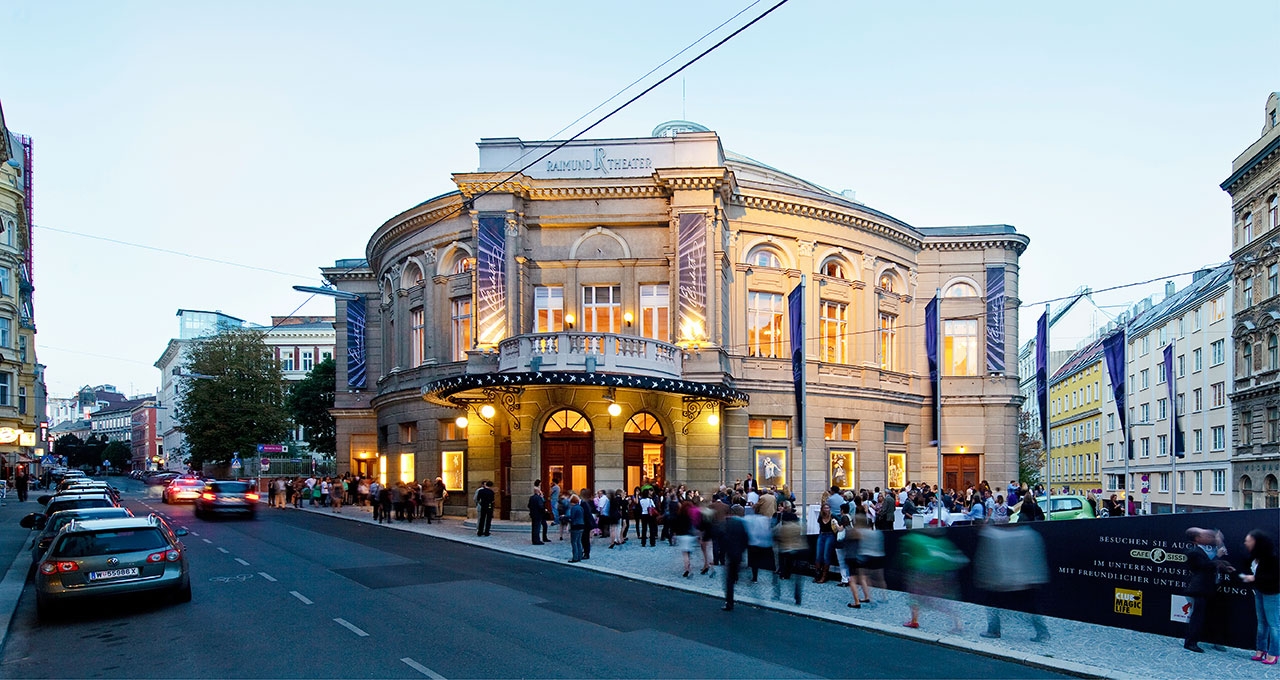 From traditional to musical theatre: Fantastic productions for the whole family

Where today spectacular musical productions with fantastic stage design and scenery, captivating choreography and celebrated stars fill the stage, Viennese audience favourites such as Paula Wessely and Attila Hörbiger were first discovered. Founded in 1893 as a suburban theatre for an extremely wide circle of visitors, the theatre first housed traditional theatre works. From 1908 however, operettas were played with increasing demand which due to their great success were frequently months ensuite.

The success of the operetta productions lasted up to the 1970's, due largely to rising stars à la Marika Rökk, Zarah Leander und Johannes Heesters. It was not until 1976 that the first scattering of musicals began to fill the stage of the RAIMUND THEATER. However, the true musical triumph of the legendary house began after major refurbishments in the mid-1980s, and integration into the VBW.

A CHORUS LINE, in 1987, was the first of the major Broadway Show Collection performed. This laid the foundation for the rise of the RAIMUND THEATER as the first choice for musicals on a large scale. 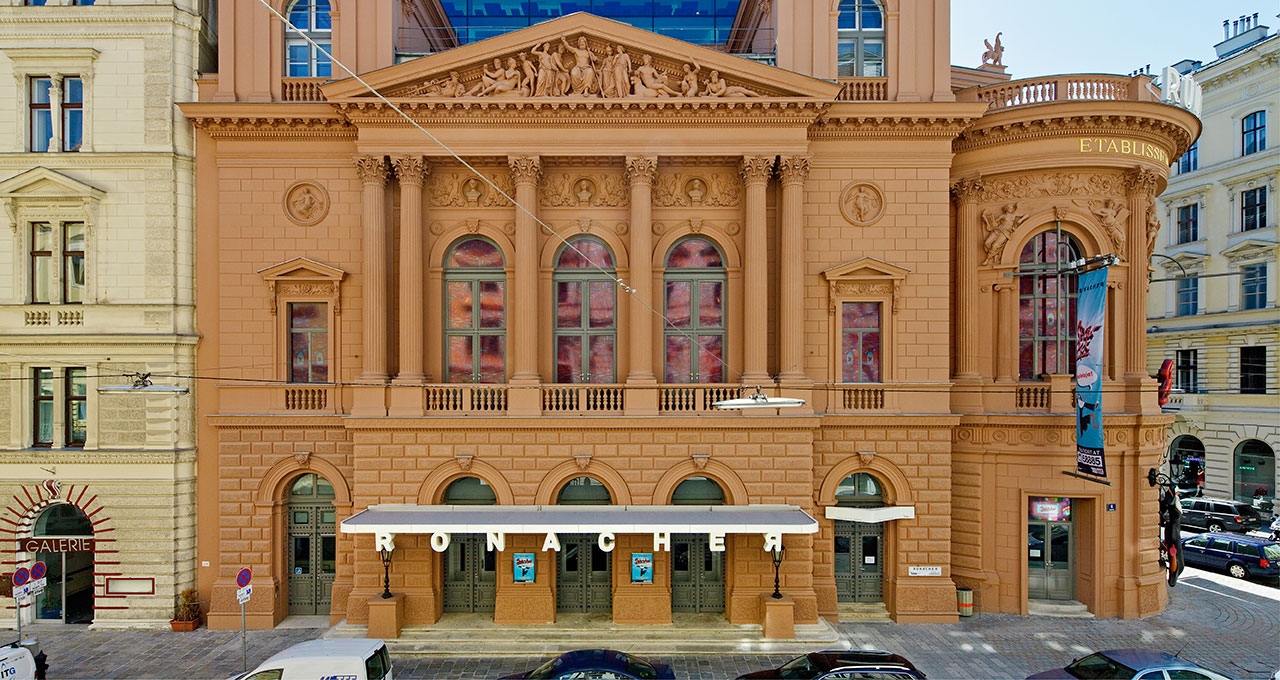 The theatre presents classics such as TANZ DER VAMPIRE, comedies such as THE PRODUCERS and also selective insiders’ tips such as FRÜHLINGS ERWACHEN or THE INFERNAL COMEDY – JOHN MALKOVICH IST JACK UNTERWEGER It stages urban music theatre and targets a new audience partially with stage productions and partially with concertante versions. These productions also prove that the RONACHER has the courage to display a different kind of humour. A long-standing gap in the market of Viennese music theatre has therefore now at last – and intelligently – been filled. 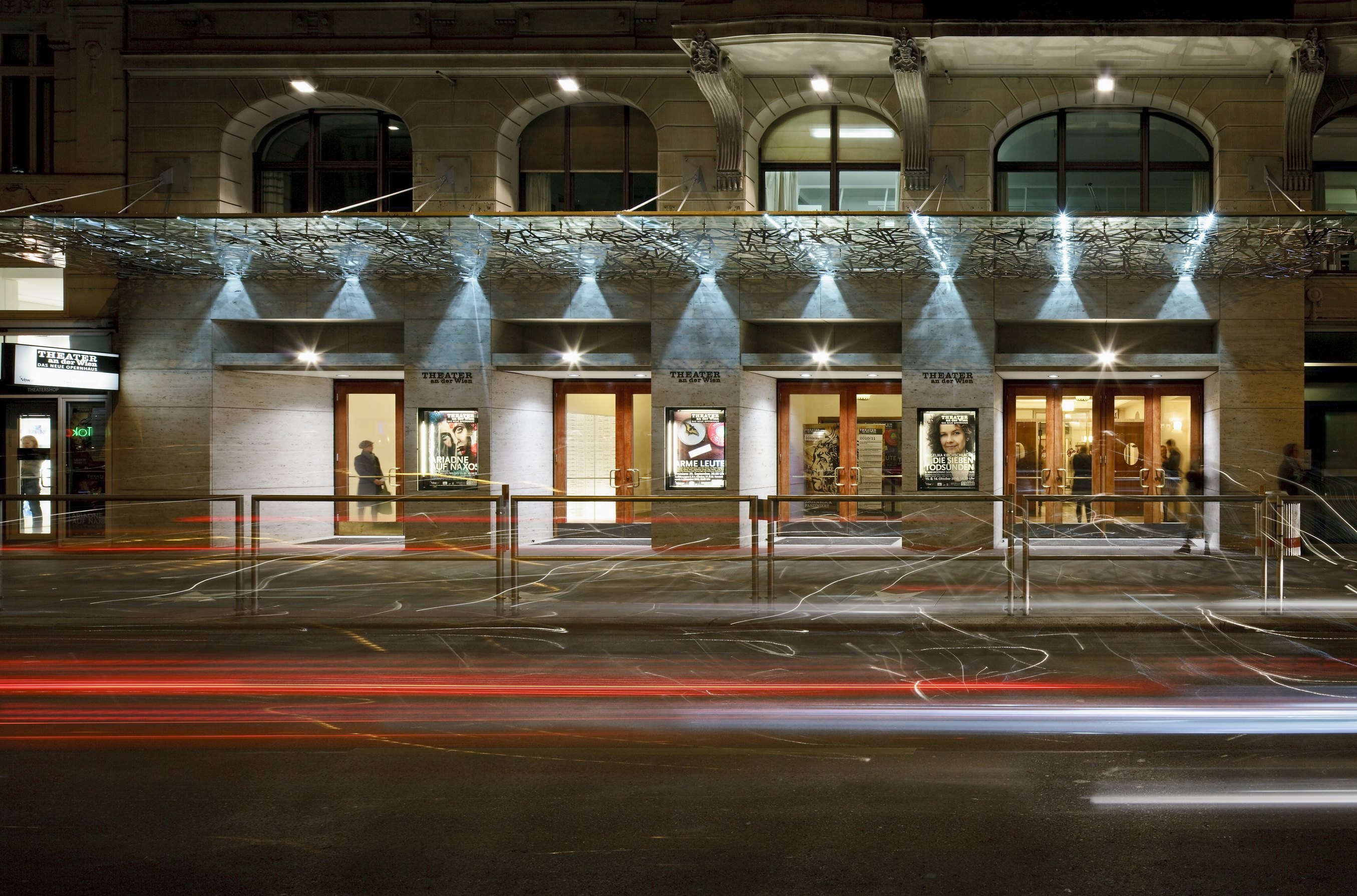 And it is not just any theatre, but the one that Emanuel Schikaneder, the all-round genius, actor, impresario with a flair for organization but above all librettist of The Magic Flute, had built in 1801 in Vienna in keeping with the spirit of Mozart.

To coincide with the 250th anniversary of Mozart’s birth the Theater an der Wien presents itself as a new opera house from January 2006. As a “stagione” opera house with productions all the year round the Theater an der Wien carves a new and independent niche in the realm of high-quality culture in Vienna. For twelve months of the year, with one premiere every month, opera will be performed under the “stagione”, or season, system: that means the cast remains unchanged from the first performance to the last one, which guarantees that the very highest international standards are maintained.

The theatre’s modern, accessible approach to music theatre as demonstrated by the works performed, the overall artistic concept Bespielung and the artistes is further underlined by the building itself, its architecture and the vibrancy of its location. The surroundings and materials, the intimate atmosphere and perfect acoustics in the historical theatre prepare the senses to experience beauty. The Theater an der Wien deliberately enters into a symbiotic relationship with its lively surroundings on the Naschmarkt street market and the young cultural scene centred in the Schleifmühl quarter. 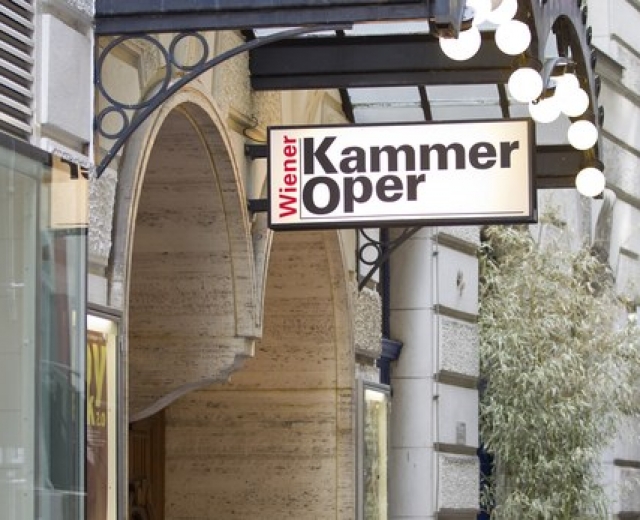 The beginning of the 2012/13 season saw the start of performances by the Wiener Kammeroper at the THEATER AN DER WIEN.

With its diverse repertoire of chamber operas, it complements the range of artistic productions staged by the THEATER AN DER WIEN, performing other dramaturgicallyimportant operatic works.